Day 4 of our documentary shoot in the footsteps of Bud Owens. The group arrived in Saint-Girons, visited the Freedom Trail Museum and met a French evader, concluding the day with a number of interviews. Tomorrow is the beginning of the 3 day hike accross the Pyrenees. Updates will depend to a certain extent on wifi access. In the meantime you can help make this documentary a reality by making a donation via Paypal.

In the train station in Toulouse after the night-train from Paris. 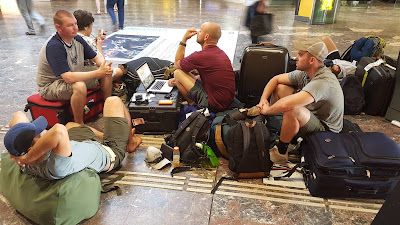 The Hotel Eychenne is the last remaining hotel in Saint-Girons that welcomed evaders during World war Two. 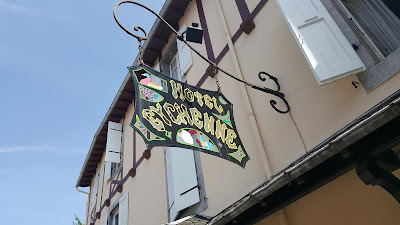 Colleen signing the registry in the Freedon Trail Museum in honour of her uncle, 'Bud' Owens... 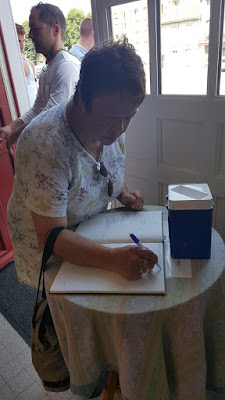