Staff Sergeant Cahoon is assigned to the 381st Training Group (what once used to be Bud Owens 381st Bomber Group!) at Vandenberg Air Force Base, California. Troy currently serves as an Instructor for the Minuteman III Intercontinental Ballistic Missile, (ICBM) Missile Maintenance Training. 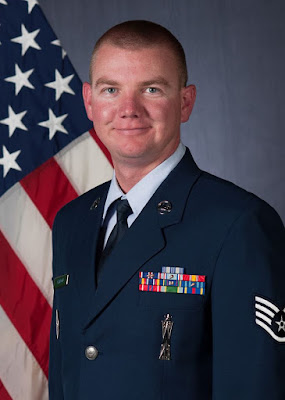 Troy was born in Salt Lake City, Utah but grew up in Gilbert Arizona. He graduated from Highland High school in 2000 and is attending college online at Trident University where he is finishing up his degree in Business Administration.
In 2006, he enlisted in the Air Force. After six weeks of basic training at Lackland Air Force Base in San Antonio, Texas he headed to Vandenberg Air Force for additional specialized training before he was selected to become an Instructor there.
Troy is married to Holli Cahoon they have 3 wonderful children Sebastien (7) and Manti (6) and Emree (4).
Troy is proud of his military heritage; he was named after his uncle who died in the Vietnam War. Private First Class Troy Hazard Hunter was assigned to Foxtrot Company, 2nd battalion, 3rd Marine Division when he died 07 February 1968 in Quang Nam, Vietnam. Both of Troy’s grandfather’s Bud Cahoon and Ernest Arthur Higgins (Art) served in the Military during World War II. Bud was as a Radio Operator and Radio Instructor on the B-24 bomber and took part in the invasion of Normandy on D-Day. Art served in the Signal Corps in the South Pacific.
Troy is excited and humbled to be selected to be part of the Bud Owens Trail Hike, to honor an American Military Hero.
Posted by Sean at 02:35 No comments:

Please help us fund Luke Oman’s participation in our exciting upcoming documentary project. Luke is a Captain in the United States Air Force and is assigned to the 381st Training Group (what once used to be Bud Owens 381st Bomber Group!), Vandenberg Air Force Base, California. Luke currently serves as an Instructor for the Minuteman III Intercontinental Ballistic Missile (ICBM), Operations Training. 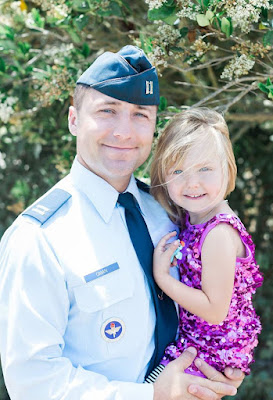 Luke was born in Ocala, Florida and spent his younger years growing up in Mukwonago, Wisconsin and Valparaiso, Indiana. Luke attended Indiana State University, where he graduated Cum Laude with a bachelor’s degree in criminology. In 2007, he earned his commissioning, as a 2d Lieutenant, in the United States Air Force as a distinguished graduate from Detachment 218, Air Force Reserve Officers Training Corps (ROTC). In 2013, he earned his master’s degree in Marriage and Family Therapy from Liberty University.
Luke is married to Kate Oman (née Jenkins) and has a beautiful 3 year old daughter Olivia. He has a deep heritage in the United States Military, having relatives that have fought in almost all major U.S. conflicts to include the Revolutionary War, Civil War, World War II, Vietnam, and Desert Storm.
Luke is extremely honored to be a part of this project and can think of no better way to pay respect to “The Great Generation” than walking in the footsteps of an American Hero like SSgt Bud Owens. He also hopes to gain a better understanding of what some of his relatives lived through to provide the freedom that at times this world takes for granted.
Posted by Sean at 12:24 1 comment:

We are happy to have Sam Soderberg participate in our documentary project! 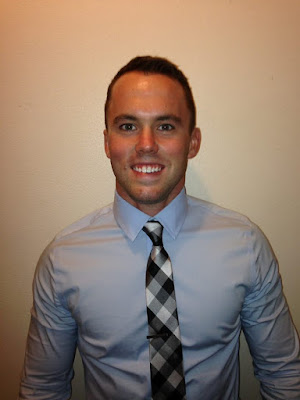 Sam is an Economics student at the University of Wisconsin. He has a natural love for the outdoors and all things recreational and spent much of his childhood in the woods or on the river near his home. From a very young age he knew he wanted to become a pilot, and he was willing to make whatever sacrifices necessary to attain that goal. In January of his senior year of high school, after weighing the best paths to become a pilot, he enlisted in the Wisconsin Air National Guard at the 128th Air Control Squadron in Camp Douglas, WI. During his freshman year at UW, Sam received news from his squadron that he would be deployed in the coming fall. Although this would be a large obstacle in his path to a degree, he willingly took on the mission. He left on November 11th, 2012 to Al Dhafra Air Base in the United Arab Emirates and spent the next six months there in a deployed environment serving as a satellite and radio communications airman. Sam will be acting as an assistant to our film maker Jed Henry during our upcoming journey. Please consider making a donation to help Sam be part of this great adventure!
Posted by Sean at 02:10 No comments: