We are excited to have Louis Hatet patricipate in our documentary in the footsteps of Bud Owens. 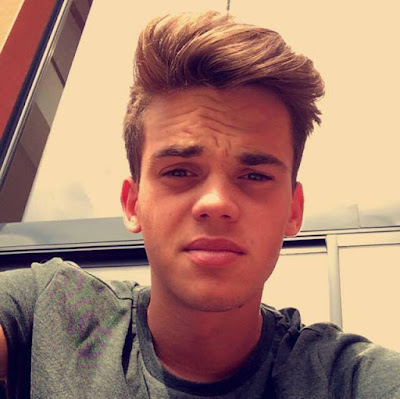 18 year old Louis is the great grandson of André Rougeyron (below), one of the resistants who came to the rescue of our young American aviator in the summer of 1943 and post-war mayor of the town of Domfront In Normandy. Rougeyron would aid several more allied pilots until his arrest and subsequent deportation to Buchenwald concentration camp. 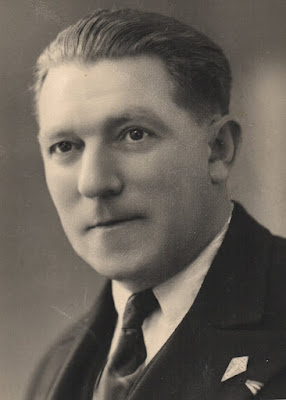 Louis is thrilled to be a part of our project. He currently lives in Le Mans and will be attending college at the ISEG in Nantes in pursuit of a bachelor degree in Marketing and Communication.Louis is an avid tennis and soccer player, loves to travel and has a genuine interest in history. He will be joining Bud Owens' great niece Hayley Hulbert in our adventure this summer. If you would like to help Louis make this commemorative journey this summer, please consider making a small donation. Thank you!
Posted by Sean at 05:40 No comments:

Geert had a very productive trip to Paris in preparation for our day of filming there in July in the footsteps of Bud Owens, including a wonderful meeting with historian Claire Andrieu, expert on escape and evasion in Paris, who has provided us with some valuable contacts and tips. Of course we visited the locations where Bud Owens spent in all over a month before leaving for the Pyrenees where his life ended tragically on 25 October 1945. 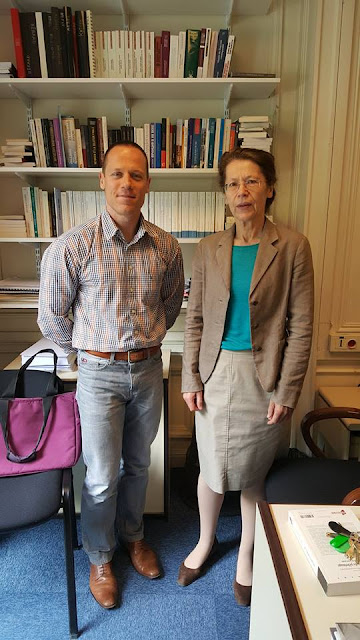 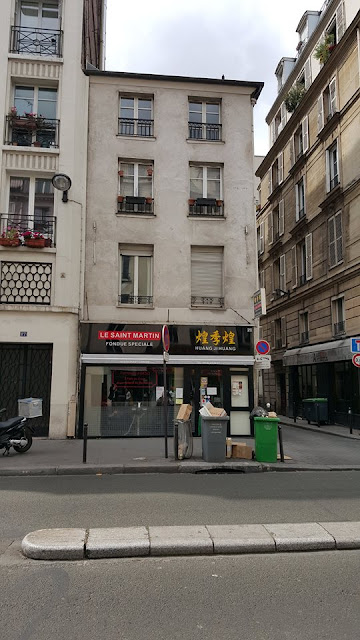 On this Memorial Day we remember Bud Owens and the principles he fought an died for. After surviving the crash of his B-17 on 4 July 1943, saving the life of his radio operator in the process, he had only one goal in mind: escape from Nazi occupied France and return to the free world. Following a 4 month journey he would die, just a few miles of his objective, from exposure and exhaustion, after carrying a fellow evader for 8 hours in the midst of a snowstorm high up in the Pyrenees mountains. Help us preserve his story which reveals the true meaning of sacrifice and reminds us of what some were willing to do for their and our freedom. Thank you. 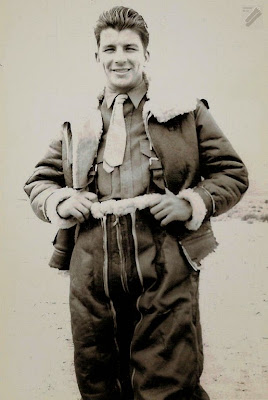 We are very excited and lucky to have Jed Henry of Recon Productions on board for the "In the Footsteps of Bud Owens" project. Jed is an Emmy award winning photojournalist, videographer, and a director of photography. With a background in news and investigative journalism, his 17 year career has focused on ﬁnding compelling and fascinating stories to tell. His work can be seen on all of the major networks including ABC, CBS, NBC, ESPN, History Channel, and the Sportsman Channel, just to name a few. He has worked on network news programs, documentaries, corporate videos, reality shows, and much more. He has a genuine interest and passion about WWII history which motivated him to team up with us for this project. Jed's latest WWII documentary "Honoring a Commitment: The Story of Pfc. Lawrence Gordon" will air live this afternoon at 4PM EST and can be seen here: http://www.heritage.org/events/2015/05/pfc-gordon 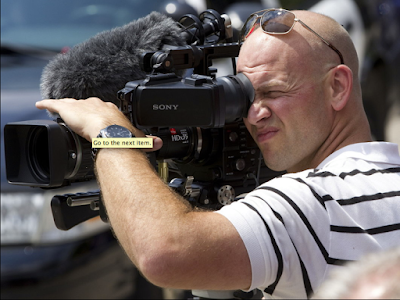 
We are happy to anounce Hayley Hulbert's participation in our upcoming documentary project! Hayley is the great niece of Sgt. Francis ‘Bud’ Owens. She is a 2014 graduate of Bethel Park High School in Pittsburgh, Pennsylvania, and is currently attending the University of Pittsburgh at Greensburg where she is working towards her Bachelor Degree in Secondary Education and English Literature. Hayley has been playing soccer for 15 years and has had many opportunities to visit the surrounding states of Virginia, Maryland, New Jersey and Ohio. She loves to experience new places, and her favorite part of traveling is learning about the area and seeing the different historical sites there. Hayley considers it a tremendous honor to have this opportunity to walk in her great uncle’s footsteps and gain a greater understanding about his experiences. She’s extremely excited about seeing the different countries and learning more about the history of the places where Bud was, as well as about the unselfish people who risked so much for him and many others like him. Please consider making a donation here to help us fund Hayley's trip to Europe and allow her to keep her uncle's story alive! 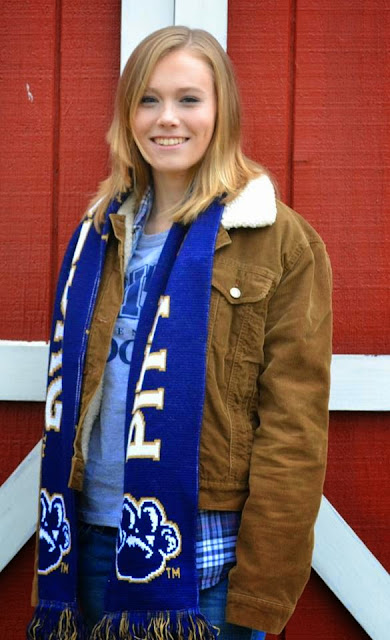 A trip over to England enabled association secretary Sean to visit Ridgewell, the wartime home of the 381st.
Met by Ridgewell Airfield Association Membership Secretary Alan Steel and his wife Monica, a visit to the museum was followed by a tour around the old airfield.

Outside the museum is a monument to the 381st. 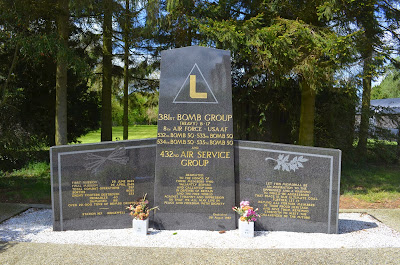 At the end of the war, a hole was dug and the keys to all the various buildings were buried, only to be dug up again several decades later. 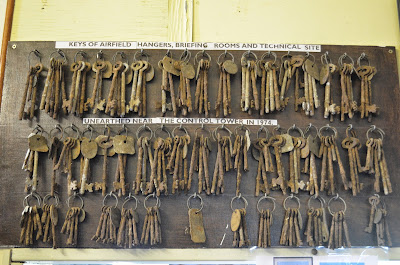 Monica and Alan Steel,who graciously gave their time to welcome Sean and show him around. 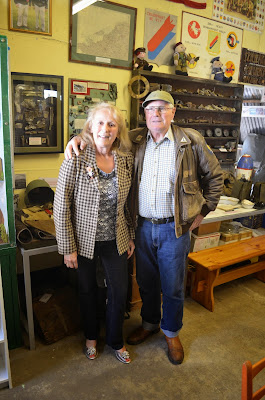 Several of the old buildings survive- this was the gymnasium. 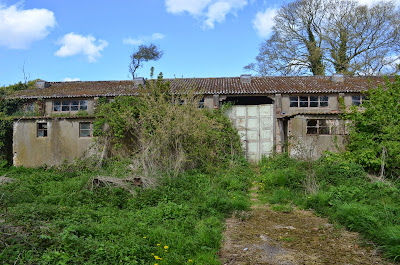 The main runway still runs across the fields, albeit in a narrower form. 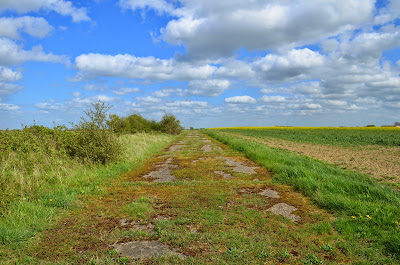 A beautiful day in the Essex countryside. These fields were once the home of the B-17s of the 381st. One can only imagine the sights and sounds of those times. 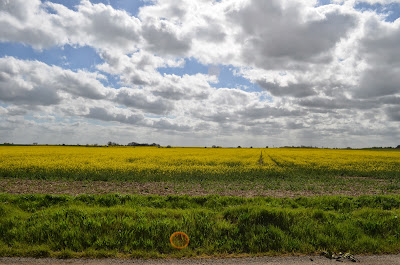 The tragic bomb-loading accident of June 23rd 1943 is commemorated by this monument. 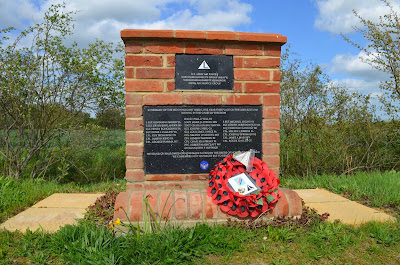 The airfield actually sits between several villages, including Ashen. In the church, there is a small exhibition and opposite, this flag, which was presented by twelve 381st veterans on their return in 1993. 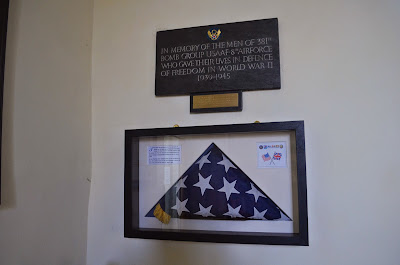 Also in Ashen, this house used to be known as the Old Cow, one of several pubs in the area. 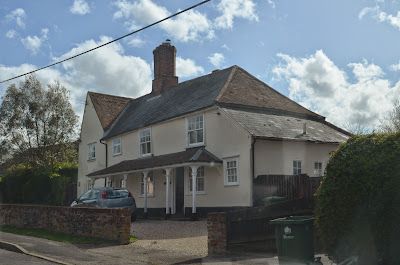 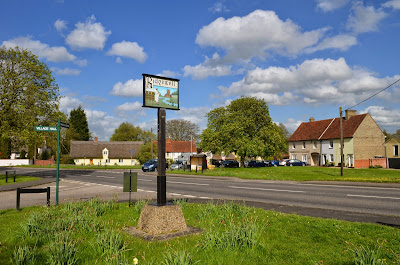 Thanks once again to Alan and Monica, for their friendly welcome and for the work they and others do to preserve the memory of those who fought tyranny and oppression.