Yesterday was a very full, interesting and hopefully productive day spent in the Orne filming for a short promotional video about our documentary project on Mighty Eighth hero Bud Owens.
The mayor of la Coulonche, Bruno Louise, met us at the town hall. 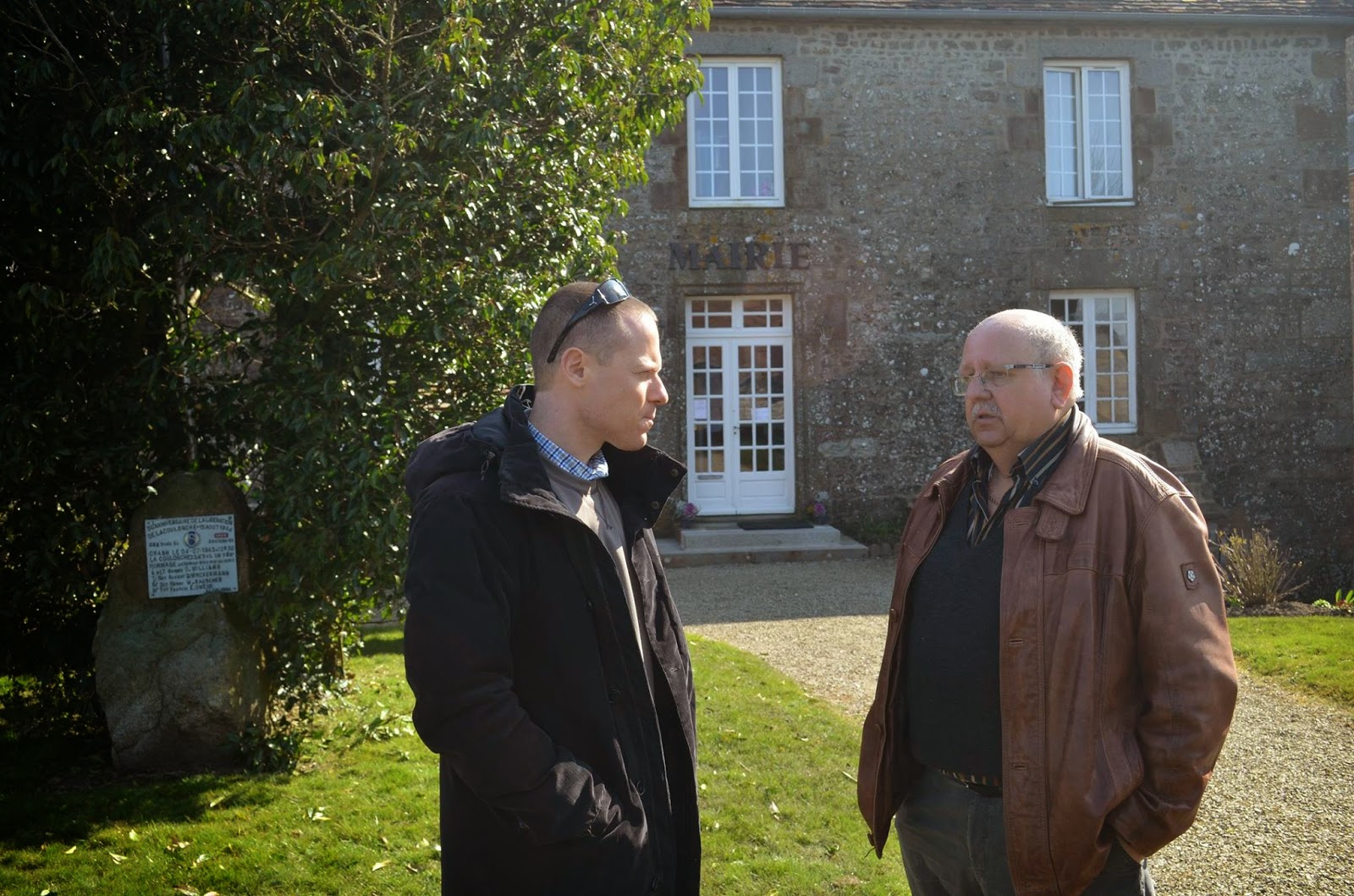 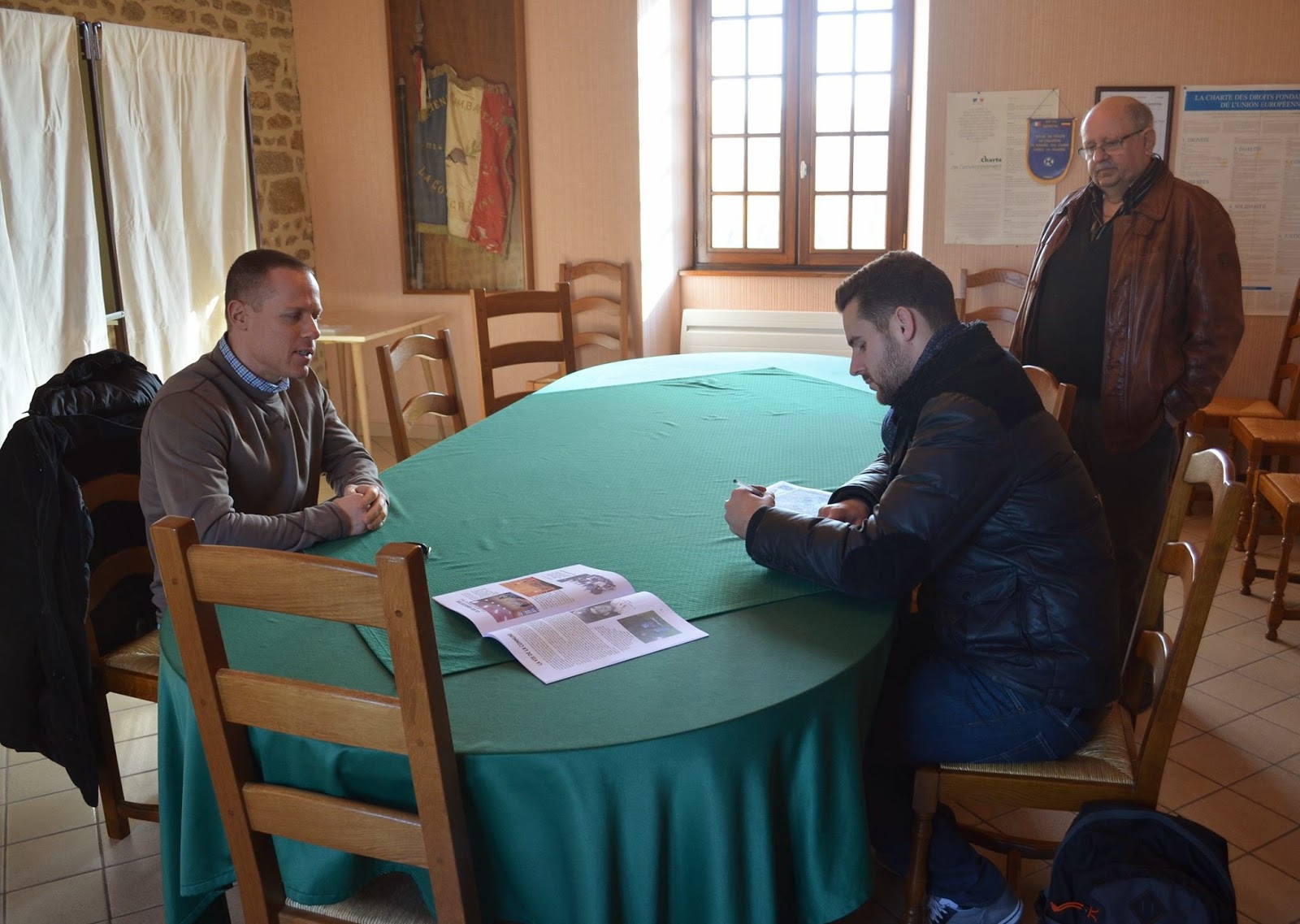 With the assistance of Val de Vée resident Monsieur Chochon,  we visited the field where 42-29928 came down. 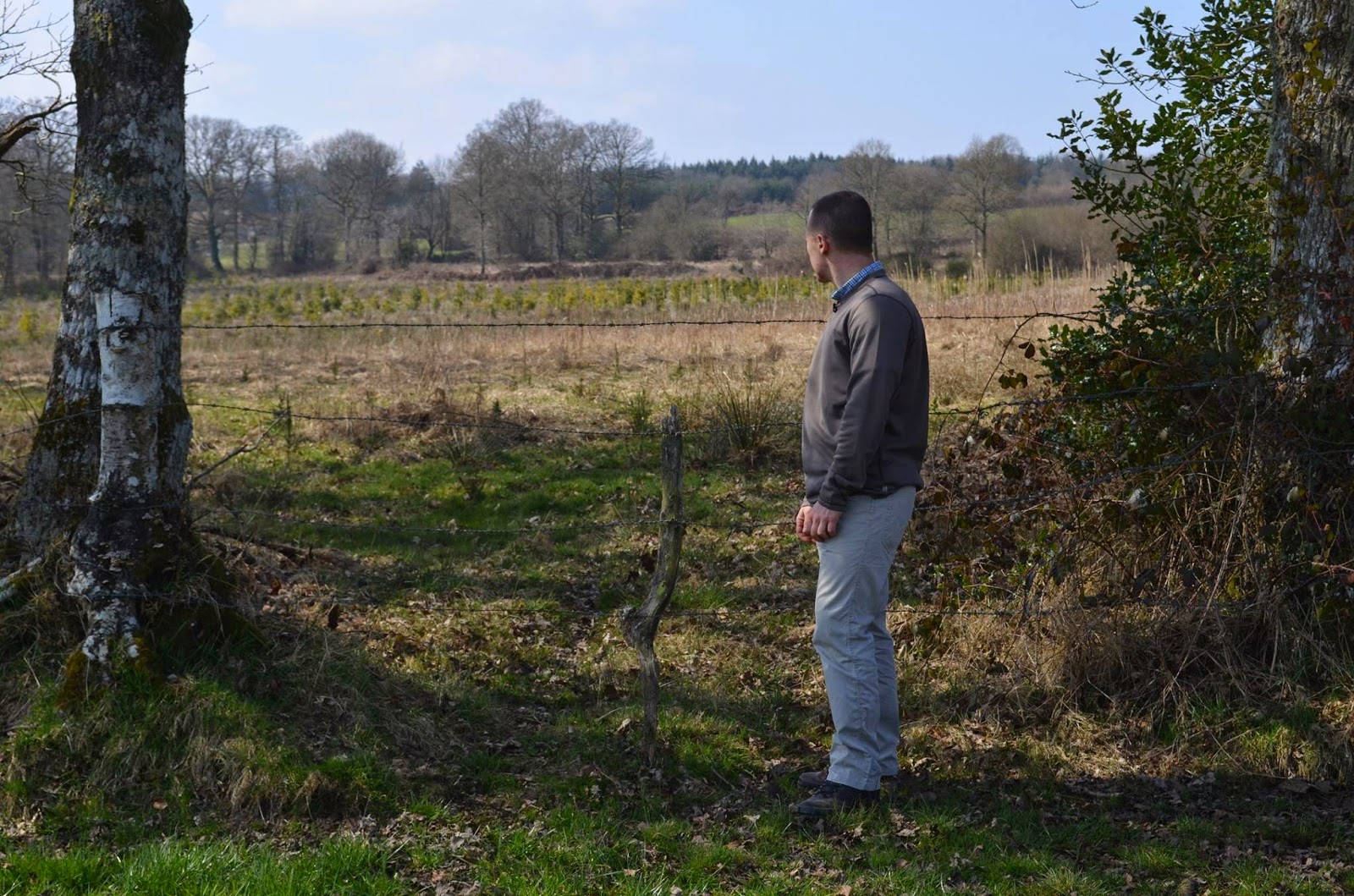 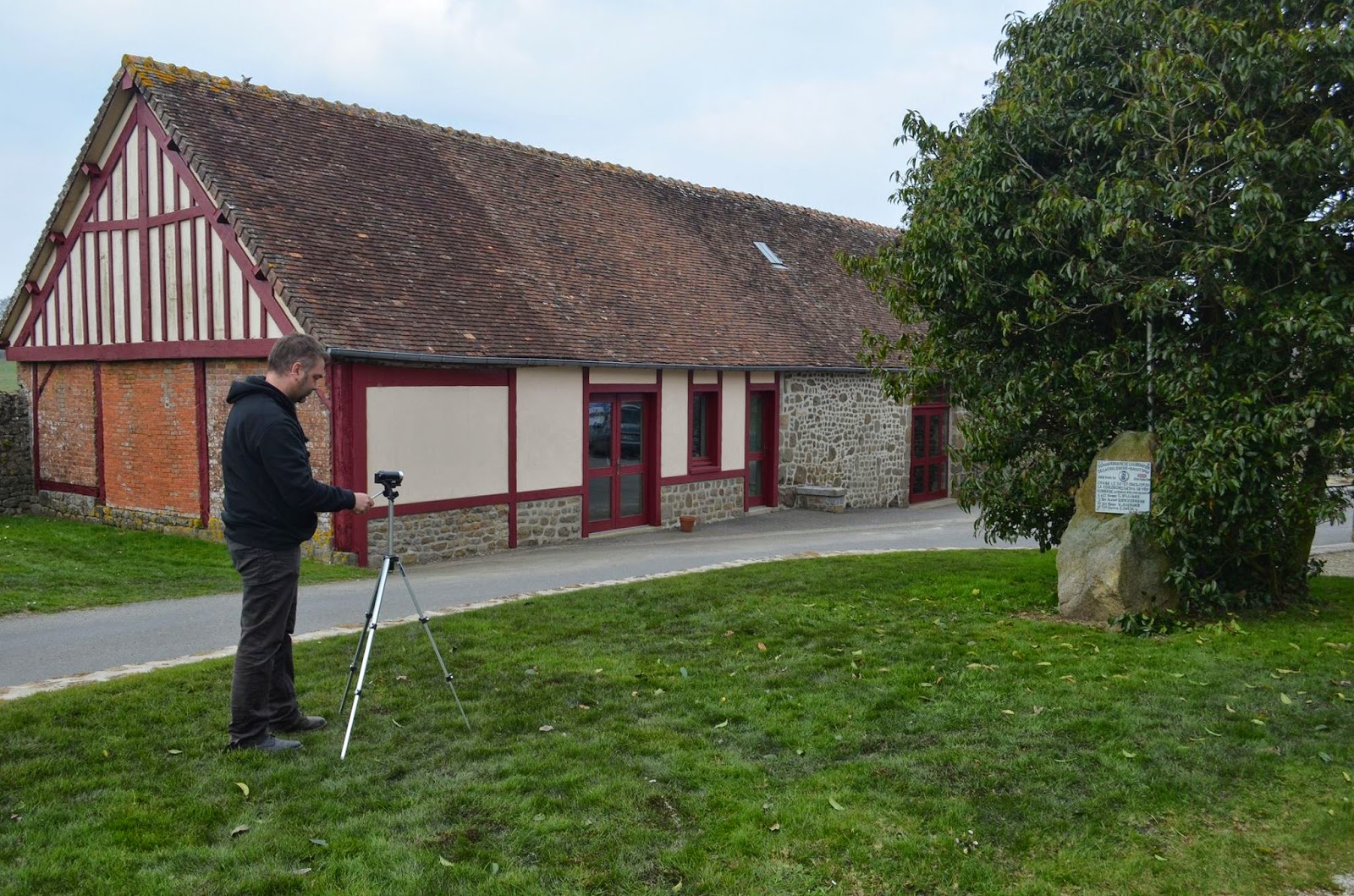 Towards the end of the day in the Orne, we visited the farm where the Geslin family lived. André Geslin's daughter, Janine Gandeboeuf met us there with her husband and related many, many incredible stories about the farm during World War Two. The barn behind the Gandeboeufs and Geert is the very same barn where Bud Owens and Olof Ballinger were hidden for 36 days. The barn's survival is somewhat remarkable, as the farm itself was later burnt down by the Gestapo. 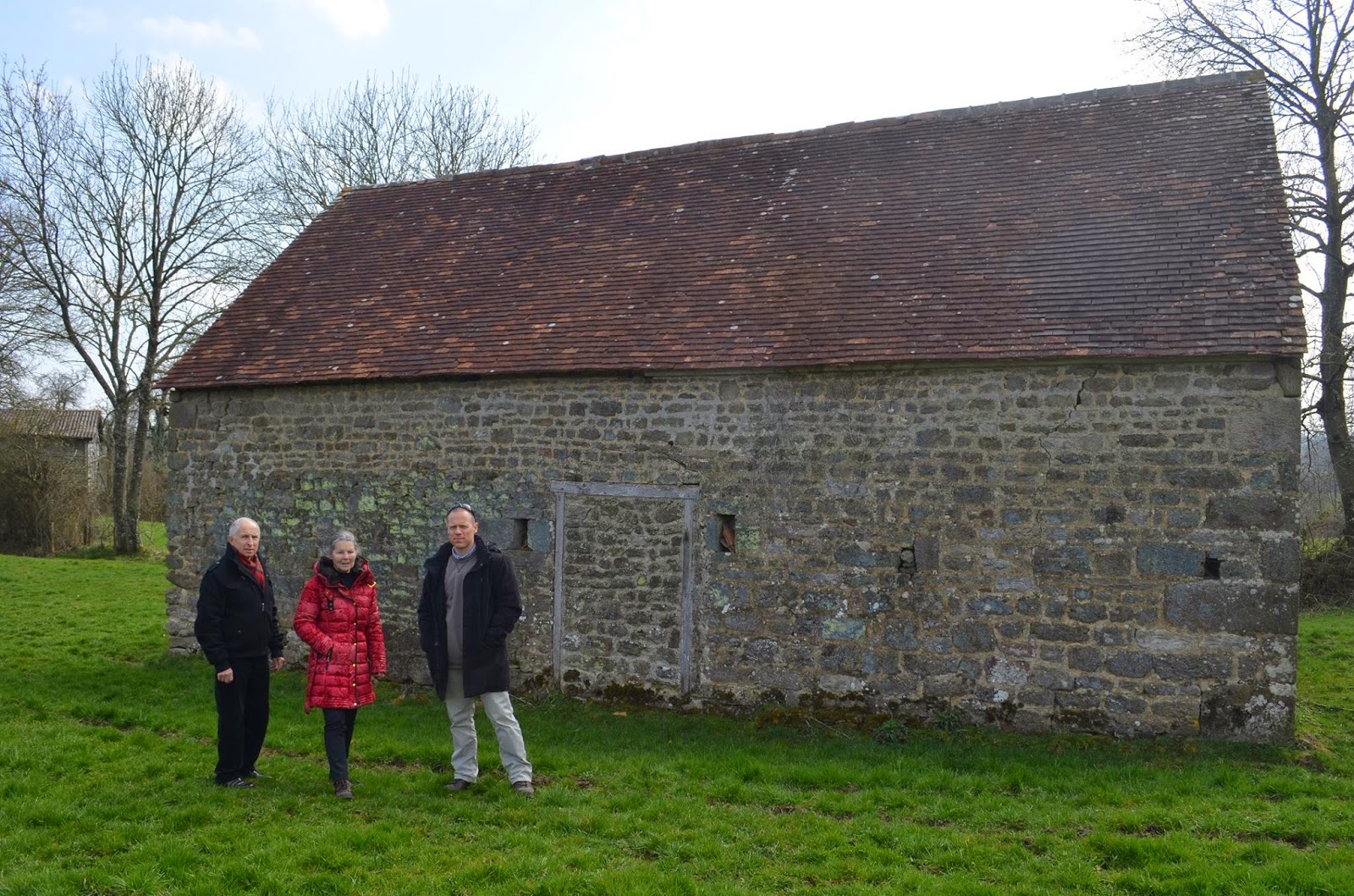